As another Premier League season comes to a close, it’s time to reflect on the major storylines and performances for the top clubs in England. It wasn’t an illustrious season filled with a tale of an underdog or a dramatic title-chase, however, this Premier League season will come to define the future direction and management of England’s top clubs. Let’s take a look at the what happened for the “big 6” in the 2016-2017 season.

It’s Chelsea who claim the title this year in the Premier League. After a bitterly disappointing campaign in 2015-2016, the arrival of Antonio Conte as manager and N’Golo Kante in the starting lineup proved to be catalysts for their success. A 13-game winning streak during the middle of the season left no challengers for Chelsea at the top of the table. Chelsea was by far the most consistent team for most of the season, after a formation switch to a back three, the team looks poised to bring back a solid defense. The question that remains for the East London side is will their goal-scoring prowess remain next year? Their success offensively relies heavily on Eden Hazard, whose form has essentially dictated Chelsea’s table position the past three seasons. With Diego Costa rumored to be heading to China on a big-money move, Conte will face important decisions in bringing in talent to fill the void in the attacking third. Tottenham Hotspur successfully placed above Arsenal this season for the first time in history. Manager Mauricio Pochettino will be hoping to hold onto his young talented roster, with the likes of Dele Alli and the league’s leading goal-scorer Harry Kane, they’re sure to attract some offers from abroad. Tottenham held onto the league’s best defense for a second straight year, allowing only 26 goals in their 38 matches again this season. The biggest question for Tottenham: will the club be able to stay among the likes of other big clubs while spending far-less in the transfer market? History tells us that if the defense remains, and with Pochettino at the helm, Spurs will likely be in the top four or title race discussions for the immediate future.

Many pundits selected Manchester City to win the title this year, so a third-place finish in the league is as disappointing as it is surprising. In fact, Guardiola-managed clubs have finished in first place six out of seven career seasons. Only his last season at Barcelona in 2011-2012 did his squad earn a second place finish. City look like a prime destination for recruiting an array of talent. With Guardiola’s first season in the premier league under his belt, look for City to bounce back and compete for the title next year. A massive transfer and wage budget at his disposal, and a squad filled with veterans, Guardiola will probably be able to recruit former players and world class talent with ease. 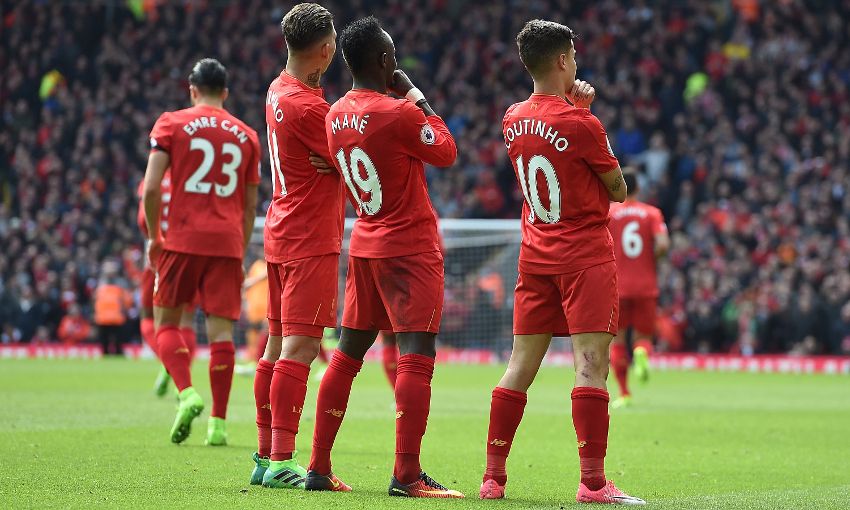 Liverpool will look to strengthen the squad with Champions League soccer awaiting them next year. With Jurgen Klopp bringing his brand of soccer to the reds, a new excitement brews in merseyside, and a new hope for their first Premier League title since 1990. Liverpool were explosive all year in the attacking third, with Philippe Coutinho, Roberto Firmino, and Sadio Mane playing at a high level all season, attacking football was never an issue for this year’s team. It is no secret that Liverpool are in dire need of help in defense. James Milner playing as a utility left-back all season and a back four that looked shaky against less than stellar opponents. Liverpool must strengthen their back line as well as bring in players to add depth to the squad, especially if they hope to compete in all competitions next year.

Champions League football still remains a possibility for Manchester United. Man U manager Jose Mourinho has been very clear that winning the Europa League is the squad’s best shot at qualifying for the Champions League next year, and they have that opportunity against Dutch club Ajax on Wednesday May 24th. With such a polarizing manager like Mourinho, Man U’s questions rest on personnel and chemistry. Many young players received harsh criticism from Mourinho throughout the year. Mourinho, who used to be known as a “players manager” encountered previous stints at Chelsea and Real Madrid that ended sourly. It will be up to him to keep morale high and belief alive amongst the players. If record-setting transfer fee Paul Pogba can settle into his own, he can be a dynamic force taking the team into future seasons. Rumors that Man U could sign world class striker Antoine Griezmann from Atletico Madrid could transform the team instantly into a title-contender. If the squad is able to spend wisely and if Mourinho’s antics don’t start to wear on the team, look for Man U to compete both domestically and abroad next year. With the upward trend of the so-called “big boys” in England, it seems that at least one of the major clubs is not quite ready for a makeover. Arsenal are set to miss out on a top four finish and Champions League football for the first time since 1995-1996. With contract talks stalling for star striker Alexis Sanchez and fans agitation growing with manager Arsene Wenger, it looks likely that major changes will be necessary for Arsenal to keep up with the top clubs in the league. While from an outsider’s perspective, the first non-top four finish in 20+ seasons may not seem enough to ignite a response, the context of their finish in this season’s table tells another tale.

Arsenal are one of the top clubs in the Premier League and have a massive global fan base. With the tremendous success domestically and in Europe during the early 2000’s, expectations for Arsenal have always remained high. If you talk to fans, most believe they should be competing for league titles and making deep runs into the Champions League. This was Arsenal’s sixth straight season being eliminated in the Champions League round of 16, coupled with not qualifying for the competition next season. It is time to hit the reset button.

8 Thoughts From The NBA Playoffs So Far