Alyssa PorteraMarch 27, 20175.9K Views0
Amidst the array of news storiesplummeting at us hourlylike an angry kid chuckingrocks at a spookyabandoned house, one of the breaking stories that unfolded this weekend was United Airlines not allowing two women to fly becausethey were wearing leggings. 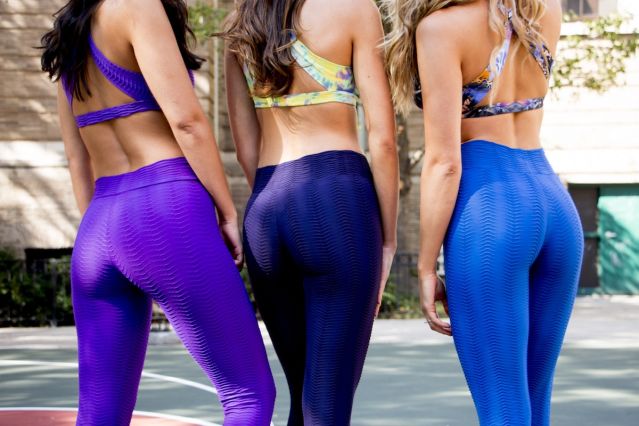 Contrary to what you probably think I am going to say because 1) leggings are definitely pants and 2) I do not at all believe we should be telling what women can and cannot wear — United was 100%, without a doubt, no question, right in what they were doing.
Who? What? When? Wtf?
Well — read into this story, and remember that in our post-factual apocalyptic universe, truth still matters.
I have been fortunate enough to fly on Non-Revenue passes for the majority of my life (shout out to Jess, you da real MVP). These are passes given to employees who can distribute them as they see fit; to allow people to fly at an extremely discounted rate, or even for free. These passes come with rules. I always knew that while flying on a pass, I was held to the same standard as employees working at that company, to be on my best behavior, to be a respectful representative of the employee who gave me the pass, and the company allowing me to be in that seat. I knew it meant, despite my affection for leggings, I would need to leave my very cute athleisure wear at home and show up to the airport in nice clothes. Through the years, this changed from business casual to semi casual, to even jeans, but nevertheless there were rules.

Am I going to say these rules were applied to everybody fairly, all of the time, on every flight? No way. Each time I board a plane it was/is up to the employee working that flight to enforce these rules. I have heard stories from my mom about having to deny boarding to someone flying on a pass and the chaos that ensues because of the repercussions back to that employee — and yes, every airline is different. But this was the rule, and as a representative of the company, the employees working that flight are allowed to enforce the rules how they see fit.
So yeah, it may seem a bit insane to tell a 10-year-old she can’t wear leggings on a plane — but United, who distributes these passes with rules and regulations, has every right in the world to do so. This was not a paying passenger, and when flying on that pass you are liable to be held to a standard that United deems fit, at any time, no matter what. The internet outrage behind this is absurd because any airline employee, airline employee loved one, or anyone familiar with this industry in general, would agree that they were within their right to enforce the rules.
I still think that leggings are pants, but they are not pants I wearon the airplane when flying on a pass, and I am just happy that I get to live in a time where that no longer means business casual dresses and stockings, but a nice pair of jeans and a polite attitude. Rules are rules for a reason, regardless of if you agree with that reason. Companies still have a right to enforce any rules they want — it is their plane and their seat. I am just lucky enough to put my butt in it and have the ability to travel –sans yogapants when on a pass or with full on booty shorts if I want too (as long as I paid for that ticket).
Remain calm, America. And also — please read and learn the facts before attacking an organization completely within its rights and bounds.
-Alyssa
United Airlines Yoga Pants Leggings Travel DC The Millennial
Previous ArticleWas Your Dad Ever This Hard On You As A Kid?
Next ArticleUK Artist, Liv Dawson, Recruits Disclosure On Her Newest Single

This Song Is Psychotic But I Can’t Stop Listening

Billie Eilish is a Los Angeles artist who's got one hell of a captivating voice. The singer is known for her popular singles like...